Yesterday, October 14, 2013, the Bureau of Internal Revenue (BIR) released the list of top 500 individual taxpayers.  The list was topped Vivian Que-Azcona who is said to be the owner of Mercury Drug drugstore chain replacing Kris Aquino who topped the said list in 2011.

Knowing More of the Top Ten

According to ABS-CBN, in its post via www.abs-cbnnews.com, following are the top ten personalities:

Topping the Bureau of Internal Revenue (BIR) list of top taxpayers of 2012 is Vivian Que-Azcona, owner of the country’s biggest drugstore chain Mercury Drug. Que-Azcona, who is the 19th richest in the country according to Forbes magazine, paid P131.4 million in income taxes in 2012. Forbes estimates her net worth at $840 million. 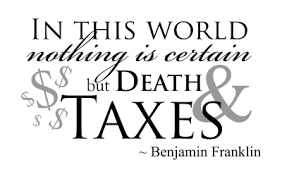 Personally, I am a bit surprised that some of the owners of the top 10 corporations were not included in the list.  You might also think the same.  Well, these individuals might be managing there taxes by limiting the distribution of their respective companies’ distributable profits.  This is a legal way of managing taxes provided that their companies are only retaining surplus profits within the limits prescribed by the law.  Otherwise, they may be assessed of improperly accumulated earnings tax which may compel them to just distribute those retained earnings.

To read more about BIR Top 500 Individual and Non-individual Taxpayers for 2011, Click Here.

Orlando Calundan is a CPA who has exposures in FS, internal and external audits of entities in real estate, food/restaurants, manufacturing, service organizations and BPOs, automotive, holding/investment and other industries.

What are you searching for?
Let us help you! Enter your 'search key word' to search an article / topic!